Thinking about letting your facial hair grow wild? Let us break it down for you…

There’s one question that has plagued men since time immemorial: Are beards the best, or is a clean shave the way to go? Throughout the history of civilization, beards have gone in and out of style dozens of times. These days, men can choose their facial hair styles freely, but this freedom comes with a cost; as a modern man, you are burdened with the responsibility of deciding between shaving cream and beard oil whenever you shop for grooming goods online. In this guide, we’ll answer all your questions about beards, and we’ll help you make the hard decision between a smooth, clean shave and a beautiful beard dripping with beard oil.

Let’s face it, guys: Most of the things we do, we do to impress members of the opposite sex. Whether we’re looking for girlfriends or trying to show our wives that we’ve got what it takes, we’re constantly on the lookout for new techniques to impress women with our rugged manliness.

However, do women like beards, or do they prefer the smoothness that comes after a meticulous wet shave? According to Psychology Today, the answer to this question is anything but simple. It seems that women prefer men with light stubble as long-term partners, but they view men with long beards as the most aggressive and socially mature. What’s more, women think that men with short facial hair are the most dominant.

The good news for men who like a nice wet shave or who have stocked up on a lifetime supply of shaving cream is that you have to shave relatively frequently to get the stubble that women desire in sexual partners. While women might not give you the time of day for the first 24 hours or so after you shave, once your clean shave wears off and your stubble sets in, the time will be right to hit the club or flex at the gym.

If you’re looking for a long-term relationship or you’re trying to show the mother of your children that you’re an epic provider, however, you might want to ditch the shaving cream temporarily and invest heavily in beard oil. The research is clear that women see men with full facial hair as being more aggressive, dominant, and mature, and your committed partner might even lose respect for you if you say goodbye to beards and end it all with a luxurious wet shave.

While the allure of a clean shave might fit in well in a boardroom or a job interview, beards are the way to go if you want to hit it off with the ladies. Just don’t forget to keep some shaving cream on hand in case the science on this subject ever changes.

Modern life can be hectic, and it can seem like you don’t have enough time for a wet shave every morning. Beards can look great in professional environments, but just make sure that you don’t overdo it.

No employer likes scraggly beards. This doesn’t mean that you should try to have a clean shave every time you show up for work, but you also shouldn’t let your facial hair run amok. In certain industries, long beards might be perfectly acceptable, but you should keep your facial hair well-trimmed no matter how long it gets.

There’s nothing worse than being forced to give yourself a wet shave after you suddenly learn your employer doesn’t like beards. If you like your beard, take care of it, or you might have to make a choice between a clean shave and losing your job sooner than you think.

Can You Have the Best of Both Worlds?

Please, we beg you: Don’t go for the neckbeard! Anything else, however, is fair game. Who said that you have to grow a long, scraggly beard? As long as you have a razor, there are a million and one different ways that you can creatively rock your facial hair.

Just because you have a beard doesn’t mean you have to abandon the luxury of a wet shave entirely. In fact, many men keep their beards in check by applying shaving cream to the areas around their necks and shaving every other day or so. Beards with clearly defined perimeters look more professional, and you can also use a straight razor or a safety razor to explore your facial hair possibilities to your heart’s content.

Employers might like cleaner beards better than wild beards, and the ladies will appreciate the contrast between the ruggedness of your beard and its manicured edges. Just don’t get too creative; complicated mixes of facial hair and cleanly shaved skin look downright weird, and they’re hard to maintain day in and day out.

A World of Stylish Beards to Choose From

Every man should go down the bearded route at some point in his life. The question is, should you stop shaving now and let your beard go wild? As you debate the pros and cons of being bearded, consider some of the best beard styles that celebrities rock without a care in the world.

Nobody Likes a Dirty Beard

There’s a very simple reason many men end up avoiding beards altogether. The longer your facial hair becomes, the harder it is to maintain, and there’s nothing more embarrassing than a dirty beard. While beard oil keeps the skin under your beard healthy and makes sure that your facial hair stays nice and soft, applying this oil every day doesn’t do much to keep your beard clean.

Men with beards understand that having rugged facial hair requires constant vigilance. You have to be extra careful when you eat, and even spilled drinks can ruin the masculine appeal of your beard and drag strange smells with you wherever you go. Nonetheless, sporting an immaculately maintained beard is much more mainstream than it used to be, and as long as you can grow enough facial hair, the sky is the limit in terms of the epic beard styles you can try out.

Everyone likes a neat and clean appearance. The good news is that it doesn’t take much effort to get that classic look. All you need is a good razor. There are different types of razors flooding the market. We’ll help you pick the right one.

Use in the stone age, the first known version of a razor was a shaving stone which was essentially a flaked obsidian.

The Egyptians used a rotary razor.

Shaving was adopted by Alexander’s troops. The Romans replaced the circular razor with a straight one.

Straight razor was most commonly used till the 20th century. This razor had a stainless steel blade that is sharpened on one side.

Next came the shavette, had a disposable blade. It is easy to use but less durable.

In 1880 came the first marketed safety razor. Safer to use than straight razor but required practice.

1903 saw King Gillette sell the first double edge safety razor which had edges and protective bars on both sides of the blade.

First disposable safety razor came in 1960. The entire razor is discarded after use over a period of time.

Then came the cartridge razor with disposable blades. whose head remained bent at a slight angle for a closer shave.

The foil electric razor run on batteries or can be recharged. For this, no shaving gel or foam is needed. Since the blades move back and forth, they don’t work well on facial curves.

Based on the same principle as the electric razor, the rotary electric razor has blades that rotate on the head. They are easy to use and work well on facial contours with minimum effect.

If you are interested in learning more, check out the infographic below. 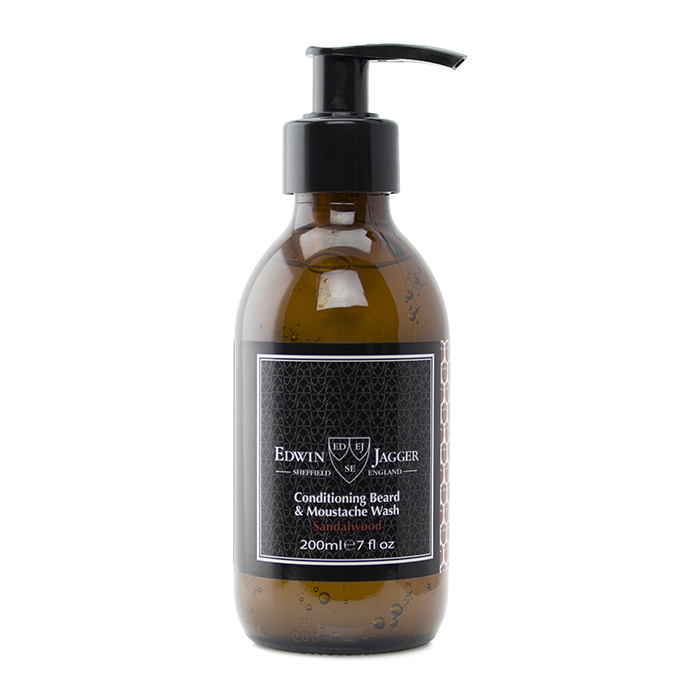 Top Reasons Why Getting Some Beard Wash Is So Important

Keeping your beard clean is the biggest responsibility of having a beard. If you do not properly care for your beard, prepare for people to start telling you to “wash that beard,” as an unkempt, uncared-for beard is more obvious than you may think. If you have a girlfriend, wife or other partner, they will be the first to reject you if your beard is not clean. So pick up the beard wash and pay attention!

Let’s face it: when you have a beard, it can get pretty gross. Small bits of food will stick in it, just like food stuck in your braces when you were a gawky teen. Unless you enjoyed rejection then and want to replay those gawky years, you need to regularly check your beard for any leftovers, crumbs or other things saved for later. 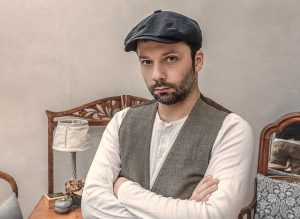 If you are someone who smokes or you work or go somewhere people are smoking, you will definitely need to clean your beard on a regular basis. If you are a smoker, you will not necessarily notice how the scent clings to your facial hair because you are used to it. But others will smell you coming and going. This is not the kind of image you want for your beard or yourself.

Many girlfriends and wives have complained about their guy’s beard smelling terrible, holding onto food and being too gross for intimacy. Unless you like endless nights alone, you should probably start washing your beard regularly. Think about what it is like for your loved one to swoop in for a kiss, only to be greeted by last Wednesday’s salad dressing on your facial hair.  Real classy right?

Because you love your beard and almost consider it a separate being, it deserves its own moisturizing cleanser. Beard wash is designed for this specific purpose of cleaning the beard while moisturizing and protecting the skin. After all, the skin is where follicles need nourishment and good health to keep your beard crop growing strong. Regular hair shampoo will dry your facial skin, resulting in poorly growing and unhealthy looking hair.

Edwin Jagger Beard Wash is specially formulated for optimum health, volume and shine. It also helps your facial skin stay healthy and well hydrated for best hair growth. The Edwin Jagger line is a blend of natural ingredients and plant extracts. It will not dry or strip your hair or facial skin, as regular shampoo or soap does.

How to Wash Your Beard

To wash your beard, apply the beard wash generously. Work the product into the beard and onto the underlying skin. Massage the skin and hair with the wash, getting to the roots. Rinse well while working the hair around in all directions to ensure all wash formula is rinsed away.

Be sure you do not use hot water when washing your beard. Hot water dries your skin and hair, limiting healthy growth and making it appear dull, coarse and unruly. Instead, use warm water for rinsing. You can splash cold at the end of the warm rinse, to close your pores and make your beard feel fresh.

Once the beard is rinsed, you must dry it completely. Use a clean towel to gently pat it dry. You can also use a hair dryer at low heat while using a brush to smooth the hair.